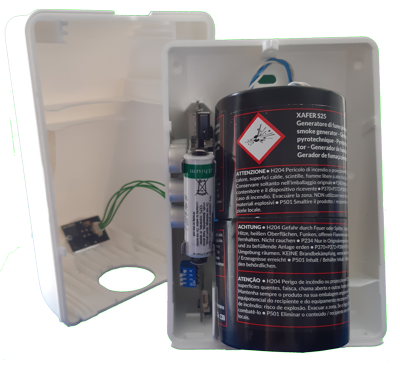 The new product that prevents theft and that has never been so easy to install.

The only configuration required is learning the sound of the siren, by means of the simple pairing operation. NUBI Plug & Play will only recognize the sound of that siren and will become active for as long as the siren sounds, ready to obfuscate the local to the first movement detected by the built-in volumetric sensor. Via a simple Jumper it is possible to select when NUBI Plug & Play will return to the sleep mode:

The second operating mode allows to differentiate the operation of NUBI 4.0. The false alarm, when the user disarms the system within a reasonable time, from a real alarm that produces a longer sounding time. In the latter case NUBI Plug & Play remains active for 5 or 10 minutes waiting to obfuscate the enviroment on the first movement of an intruder, even if the siren has already stopped ringing. During this period NUBI Plug & Play will emit a short beep every 8 seconds, a useful function for the owner of the system if he has generated a false alarm without having promptly disarmed it. It is possible to test the success of the pairing with the siren without causing the release of smoke, following the instructions in the user manual. 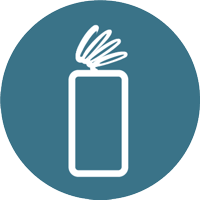